Planner named to national 40 under 40 in mass transit list 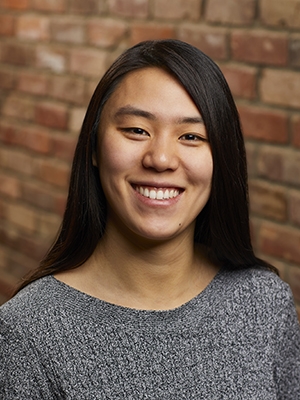 Mass Transit has named Annie Dixon, planner 1 at the Indianapolis Metropolitan Planning Organization (IMPO), as an honoree of the magazine’s 40under 40 list.

The magazine honors professionals across the U.S. who have made significant contributions to the public transit industry before their 40 th birthdays. Honorees are nominated by their peers and judged on criteria that included job commitment, industry involvement and contribution, achievement in their positions, and innovation in their field.

A 2018 DePauw University graduate, Dixon started her career at the Central Indiana Regional Transportation Authority (CIRTA), where she interned twice and which created a position in order to retain her. After 10 months, she was promoted to mobility manager, where she investigated the feasibility of new transit routes, managed three Workforce Connector operations, completed federal transportation grants and local financial audits, and represented CIRTA at panel discussions. She also helped initiate bus shelter construction along the Workforce Connector route in Plainfield.

Since she joined the IMPO in January 2020, Dixon has helped develop transit-oriented development (TOD) plans for IndyGo’s Red Line and soon-to-be-built Purple Line (and future Blue Line). She also has helped to focus the plans on improving access to the economic opportunities enabled by the transit lines, driving housing diversity and integrating the City’s land-use and transportation strategies. The Indianapolis Department of Metropolitan Development is putting those TOD plans into action.

Dixon was heavily involved in developing transit plans for Hendricks and Johnson counties. She recently led a regional Coordinated Public Transit Human Services Transportation Plan effort that identified transportation needs and opportunities for coordination with human services and public transportation providers in the eight-county region. This plan has since been adopted by the IMPO’s Transportation Policy Committee.

“With this capacity to seize leadership and embrace fresh approaches, Annie embodies what the future of planning looks like,” said Anna Gremling, executive director of the IMPO. “Given her penchant for quickly finding herself in leadership positions, this is exciting for her and the region.”

About the Indianapolis Metropolitan Planning Organization

The IMPO plans and programs federal transportation funds for highways, transit, non-motorized transportation, and other means of moving people and goods in the eight-county, Central Indiana region. Visit indympo.org for more information.