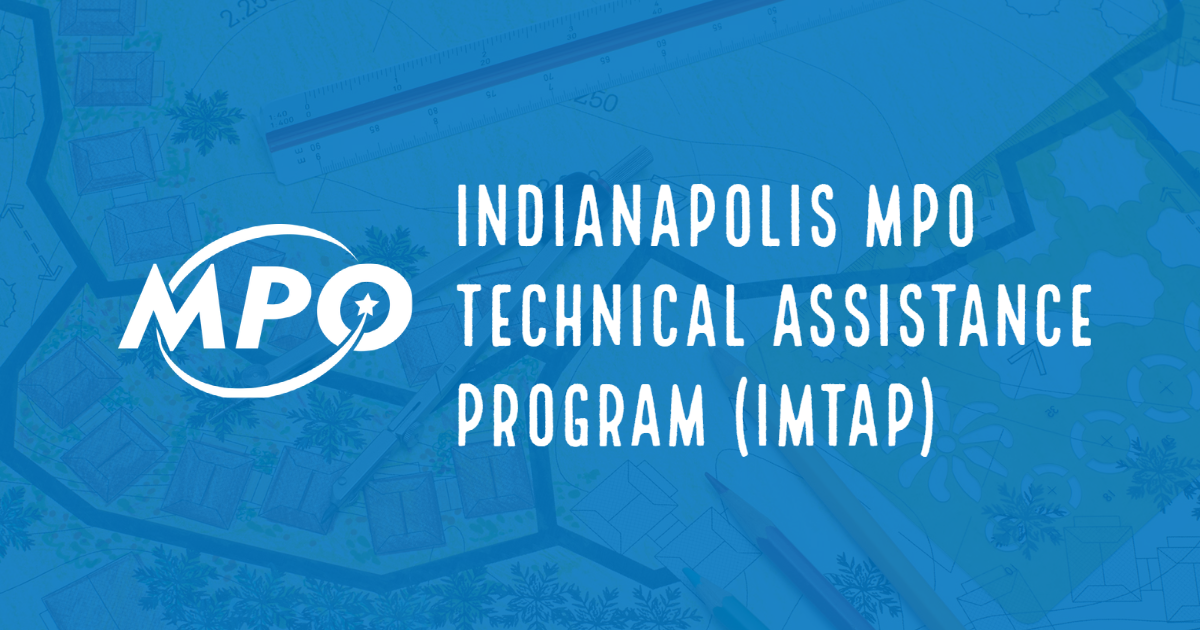 The IMPO held a call for IMTAP projects between July 1 and September 1, 2022. The program provides funding to local public agencies to complete plans or studies and support local or regional planning efforts. The overall goal of the program is to support the implementation of the IMPO’s Metropolitan Transportation Plan (MTP) and improve the region’s performance on federal performance measures.

The IMTAP program successfully funded projects in 2017 and 2018 providing seventeen plans for sixteen jurisdictions within the region. The 2022 call for projects was intended to continue the program’s success with updated goals, project focus areas, and selection criteria in relation to the adopted MTP.

City of Fishers Greenway and Trails Study – The City of Fishers will use its grant to produce a citywide greenways study to identify primary pedestrian routes and priority gaps in the pedestrian network. With the new Nickel Plate Trail and Geist Greenway, city leaders want to expand the Fishers 2040 Bike and Pedestrian Map.

IndyMoves 2.0 – The City of Indianapolis will update the IndyMoves integrated transportation plan, which incorporates the county’s Pedestrian Plan, Greenways Plan and Thoroughfare Plan, as well as the IMPO’s Regional Freight Plan, Regional Safety Plan and relevant plans and policies. The updated plan will help the city identify capital needs.

Charging Greenfield – The City of Greenfield will study and plan for Electric Vehicle Charging Stations in the community. The plan will provide information needed to pursue public-private partnerships for the infrastructure.

Charging Lawrence – The City of Lawrence will study and plan for Electric Vehicle Charging Stations in the community. The plan will provide information needed to pursue public-private partnerships for the infrastructure.

The Indianapolis MPO has previously provided federal planning dollars to fund local planning projects within the Metropolitan Planning Area. Funded studies were chosen via a competitive project selection process. As these plans are completed, they will be added to this website under Local Plans. 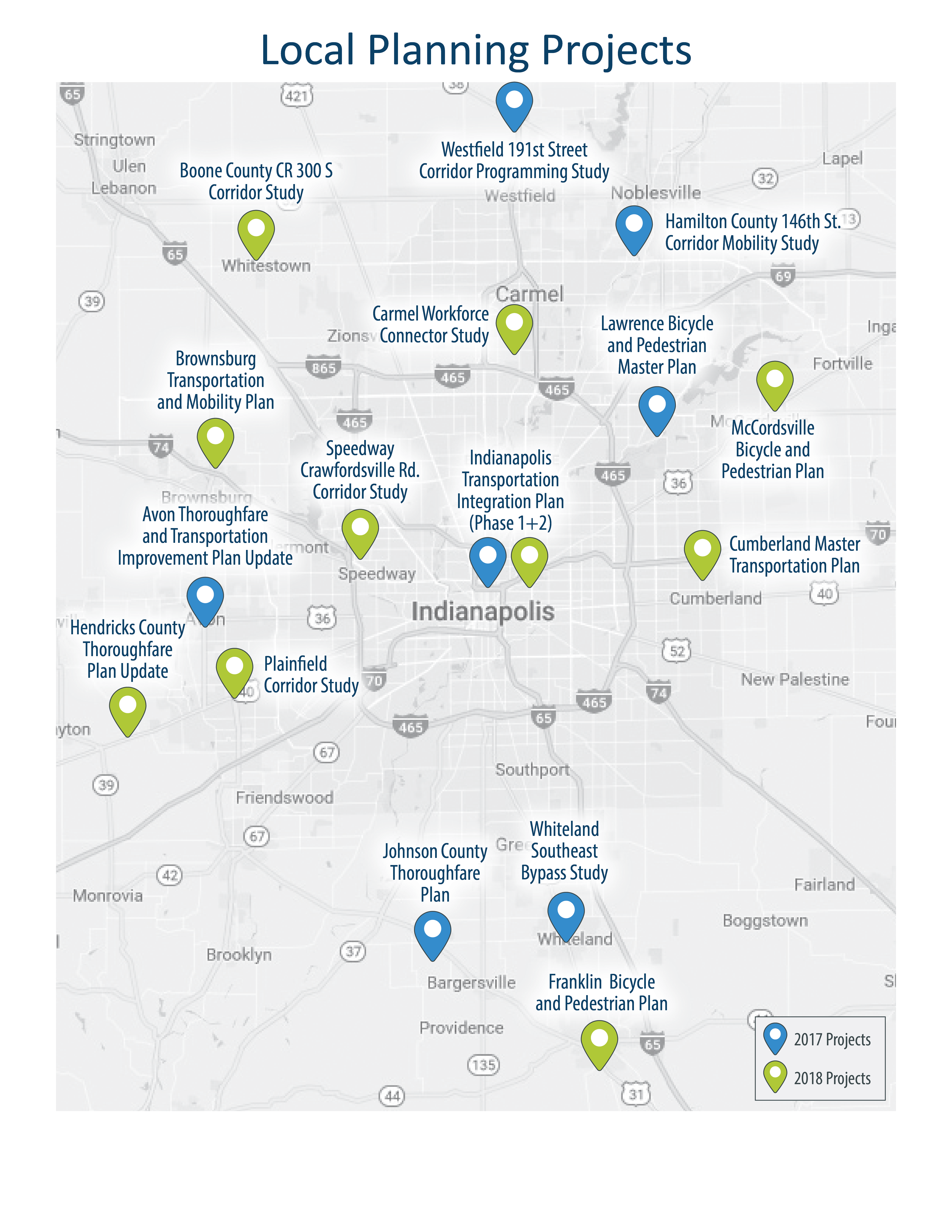 For updates and involvement opportunities on this project and others, please subscribe to our bi-weekly newsletter, teMPO. The newsletter includes regional project updates, upcoming educational and public input opportunities, and useful transportation news.