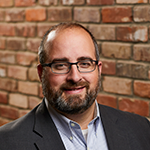 Each year the Stanley K. Lacy Executive Leadership Series (SKL), now in its 44th year, selects 25 individuals to participate in this highly competitive program, which seeks to expand the ranks of community leaders by teaching and motivating members to address the needs of Central Indiana.

Class members are chosen because of their significant community involvement and professional achievement; their demonstrated interest in community issues; a record of participation and achievement in voluntary community activities; and their willingness to expand their leadership role in the community.

“Indianapolis has a long, rich history of community leaders providing vision, effort, and resources,” said Rebecca Hutton, President & CEO and SKL Program Director at Leadership Indianapolis. “We are proud to support this diverse group of emerging leaders and their key role in Central Indiana’s future. Our community will be strengthened through their civil discourse, shared learning, and collaborative leadership.”

The Stanley K. Lacy Executive Leadership Series® is the 10-month Leadership Indianapolis flagship program that brings together 25 emerging leaders to learn about the issues that drive Indiana.

The SKL Series began in 1976 to honor Stanley K. Lacy, who had established himself as a recognized leader in Indianapolis while he was in his mid-twenties before he was killed in an automobile accident in 1973. Three years later, Edna Lacy established The Stanley K. Lacy Executive Leadership Series to honor his memory by encouraging and supporting other young professionals in their community work.

Since its inception, more than one thousand people have gone through the ten-month program and many of the significant leaders in Indianapolis are graduates of the program or have served as moderators, such as Carolene Mays-Medley, Mark Miles, Brian Payne, Joe Slash, and Judge Sarah Evans Barker, and John Lechleiter.