What is an RDA?

About the Central Indiana RDA

The Central Indiana Regional Development Authority (Central IN RDA) was formed in 2015 to compete for a grant from the State of Indiana’s Regional Cities Initiative.

Recognizing that quality of place attracts and retains talented workers, the Indiana Economic Development Corporation (IEDC) created the Regional Cities Initiative – and a $126 million pot of funding – as a carrot to inspire regions to create strategic development plans. Regional Cities funding was generated through the state’s tax amnesty program.

The Central IN RDA convened public and private stakeholders and submitted a plan called Indy’s Metro Momentum Agenda. Ultimately, Central Indiana’s plan was not chosen as one of the three to be funded.

However, now the Central IN RDA is working on ways to support regionally significant investments.

According to state statute, the Central IN RDA is composed of seven municipal members, including five board seats. Carmel (1), Greenwood (1), Indianapolis (2), and Westfield (1) are those municipalities with board representation. In addition, three of the “excluded cities” of the Consolidated City of Indianapolis and Marion County are members without a board representative. These excluded cities are Beech Grove, Lawrence, and Southport. 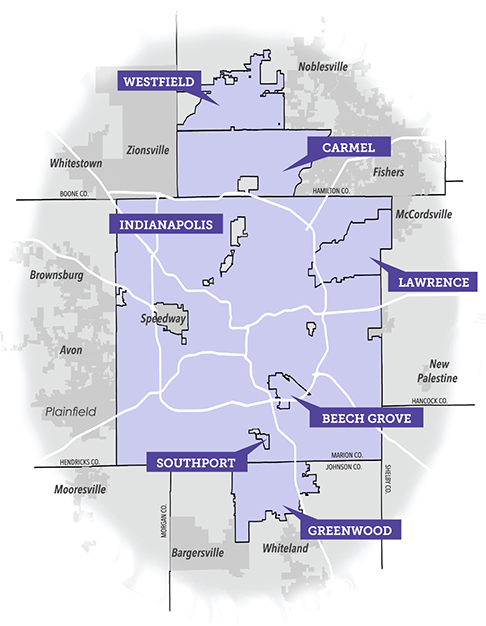 Chair, Representing the City of Carmel

Secretary-Treasurer, Representing the City of Greenwood

Representing the City of Indianapolis

Representing the City of Indianapolis

Agendas and Packets are posted one week prior to each meeting. Minutes for each meeting will be approved at the next meeting. Approved Minutes will be posted within 14 days of their approval.

Agendas and Packets are posted one week prior to each meeting. Minutes for each meeting will be approved at the next meeting. Approved Minutes will be posted within 14 days of their approval.

Contracting with the RDA

The RDA sometimes hires experts in their fields to help out with studies and reports, and in making recommendations for how to achieve our regional vision.

Check this page for future opportunities to work with the RDA, and sign up to be notified of future RFQs.

RFQ Forms A, B, & C in editable Word format

Central IN RDA Information and Plans

These plans and documents will be updated and added to as appropriate.

Annual Reports are issued each Spring for the preceding year.